Android considers itself the maker of the safest mobile device technology. It is not uncommon to hear an Android user boast of its superiority over other vendors, like Apple, regarding cybersecurity. Essential Security Precautions for Your Android Device. 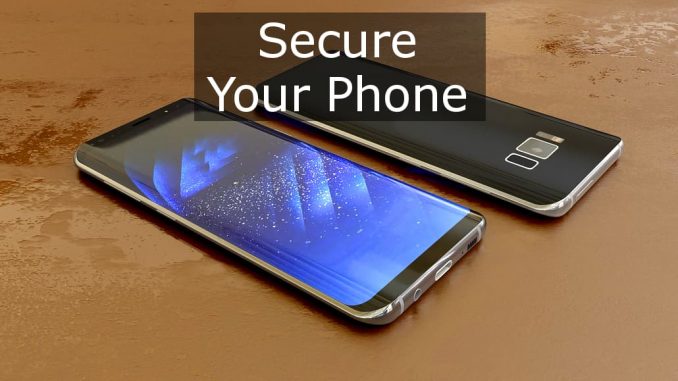 It may be true that others see a significant number of attacks, but Android can be vulnerable as well. Google regularly updates its Android security via patches, but not all cellular providers are great at sending them out.

Confidence in cybersecurity can be hard to come by, especially for mobile device users. However, it is possible to take simple steps to enhance your data security. Most precautions require a little attention and a few minutes of time rather than complicated measures.

As mentioned earlier, not every cellular provider and phone developer is the same when it comes to releasing patches from the vendor. These patches are essential to the security of your device and the information it holds.

Security patches update the operating system and apps to address vulnerabilities that have been recently discovered or are known to potentially occur. Ignoring or failing to install these updates makes a device very vulnerable to attack.

If you have not chosen a cellular provider yet, inquire about their policies for releasing patches. Research which brands offer the most consistent security patches for their products before selecting your Android device.

Also, Read: How to clean Your Monitor/Tv

Protect Your Phone Physically and Digitally

The simplest protection for an Android device is utilizing its physical security features. Many users decide not to set a passcode and lock their devices for the sake of convenience. As most apps are left open or can be accessed by selecting them, the threat of having your information stolen from a lost phone is very real.

A passcode is the safest way to lock a phone. The advent of biometric accesses like Face ID and fingerprint technology is convenient but not as safe as a unique passcode.

Android users should download a VPN to the device as soon as possible. Android devices are frequently connected to free, unsecured Wi-Fi by users in coffee shops, malls, or remote offices. These networks are notoriously vulnerable. A VPN app can provide the security of data encryption, preventing hackers from spying on your traffic.

In addition to a VPN, Android devices should have anti-virus and anti-malware installed. These programs can detect and remove malicious apps before any damage is done.

Finally, two-factor authentication (2FA) is a great way to prevent “brute force” attacks. Even if a hacker guesses your username and password, a random code would also be required to log-in. Set up 2FA whenever possible to make things even more difficult for hackers.

Mobile devices tend to get forgotten in the world of personal cybersecurity. So much attention is paid to workplace security and even shoring up a home network. In the meantime, your cell phone may be the most vulnerable of all these digital devices.

It is essential to follow the same safety precautions when using an Android as you do when logging on at work. Practicing good password management is a useful tool to fight off digital threats. One password for everything is the quickest way for a small problem to become an enormous one.

Beware of scam emails and phishing attempts by paying attention to spelling, grammar, and addresses before opening them. If something looks unusual, it should be deleted and remain unopened.

Avoid downloading apps from third-party sources. The Google Play store is relatively safe and does a good job scanning for malicious apps. A third party cannot offer the same level of security and could host an app loaded with malware. Most Android devices that become infected have interacted with an app from a third-party source.

This sounds like a tip from someone who is more concerned with aesthetics but frequently “tidying” your Android device can help keep it safe. Scan regularly for apps you do not use and delete them. The fewer apps on the device, the fewer opportunities for unwelcome access.

Most apps update frequently, and you can choose what they do so automatically. However, some rarely offer updates. Consider if these apps are essential since their lack of updates can lead to an increased threat to your device. Essential Security Precautions for Your Android Device

Is APK Safe to Install? And How to Check for Viruses