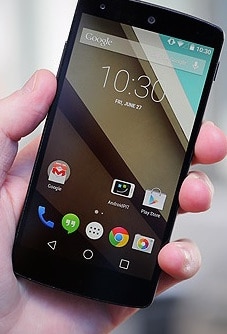 Good news for the Australian LG G3 users that you will get the Android 5.0 Lollipop Update on your G3 smartphone device. LG-G3 D855 device will get the Android 5.0 Update in Australia on this Friday. We got the confirmation through the advertisement made. LG G3 with Vodafone carrier support will have to wait for a while to get the update, as it is still on the testing phase.

This means, until the testing phase is not completed the owner having the carrier handset support will have to wait for a while. There is no release date for the Android 5.0 update for users with carrier support, but expected to be out this early February.

How To Check For Android Update:

Follow the step to check Android 5.0 update on your Android Smartphone.

Once you get the update you are ready to go for the Android 5.0. Before making the update, make sure that your device is charged.