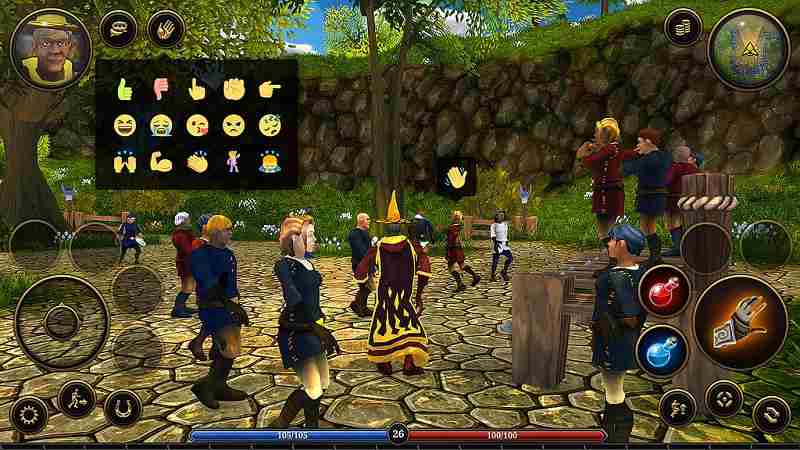 First of all, MMORPG games have been loved by users all around the globe. These games are becoming more attractive and popular over these years. Nowadays, Android phones are becoming more advanced that is why these games gaining more attention. With these mobile games, you can play anywhere at any time no matter where you are. These games offer open-world exploration, character building, and strategic combat of an RPG but entirely online with thousands of players worldwide. Also, you don’t have to worry about the phone storage as these are available in small sizes. In this article, you will find details about the list of best MMORPG Games For Android.

Toram Online is one of the solid alternatives for all the MMORPG games. These games have lots of customizable options available like lots of cosmetic options and you will not satisfied with one. You can play these games with friends from all over the world. Whereas Toram online offers a huge world to explore and a storyline. Also, there are optional purchases that you can buy which makes the game easier and speed up your progress.

We can say that the king of autoplay MMORPG games is Lineage 2: Revolution. This is one of the best Minecraft games that you can play in the years 2020. This game features a huge open-world PvP For those who like this kind of game. This game contains the most features and action-packed combat that you will become a fan of this game. The AI present in this game does most of the work so it is called one of the best autoplay MMORPG games.

First of all, you can play AdventureQuest in your android phones, iOS, or PC. In fact, this game is designed by cross-platform gameplay, that allows you to play with the same players where you’re playing on your mobile device or PC. Like most of the MMORPG games this game also features questing, character development and all the kind of stuff which you would except. If you are willing to play this game on an Android device then you can download it from the Google play store which is available for free.

This is the best alternative for those who don’t like old school Runescape. We can say that this game is the updated version of the old school Runescape with the old school visuals and grind-heavy gameplay. Runescape has evolved ridiculously over these years. Also, the ease of leveling, which has resulted in a lot of high-level players with nothing left to do. It also offers free to play and an open world where you can play with your friends all around the world. You want to know everything about gaming click here.

First of all, the Crusaders of Light is Netease’s mobile MMORPG. It has one of the best autoplay options that you will find in the year 2020. Also, the visuals really stand out for this one and there’s a wide range of classes to play. In fact, it is also the game that Diablo Immortal is closely modeled. So if you would like an early taste of what to expect from that, check this one out. Also, you can recommend this game to your friends and family who are a fan of MMORPG games.

These are the list of best MMORPG Games For Android. If you have any queries or any other games that you would like to add up in this list then you can feel free to drop it in the comment section below in this article.

5 Features of An Excellent Mobile Application

What is a Fake Id, Why do you need and How to create?