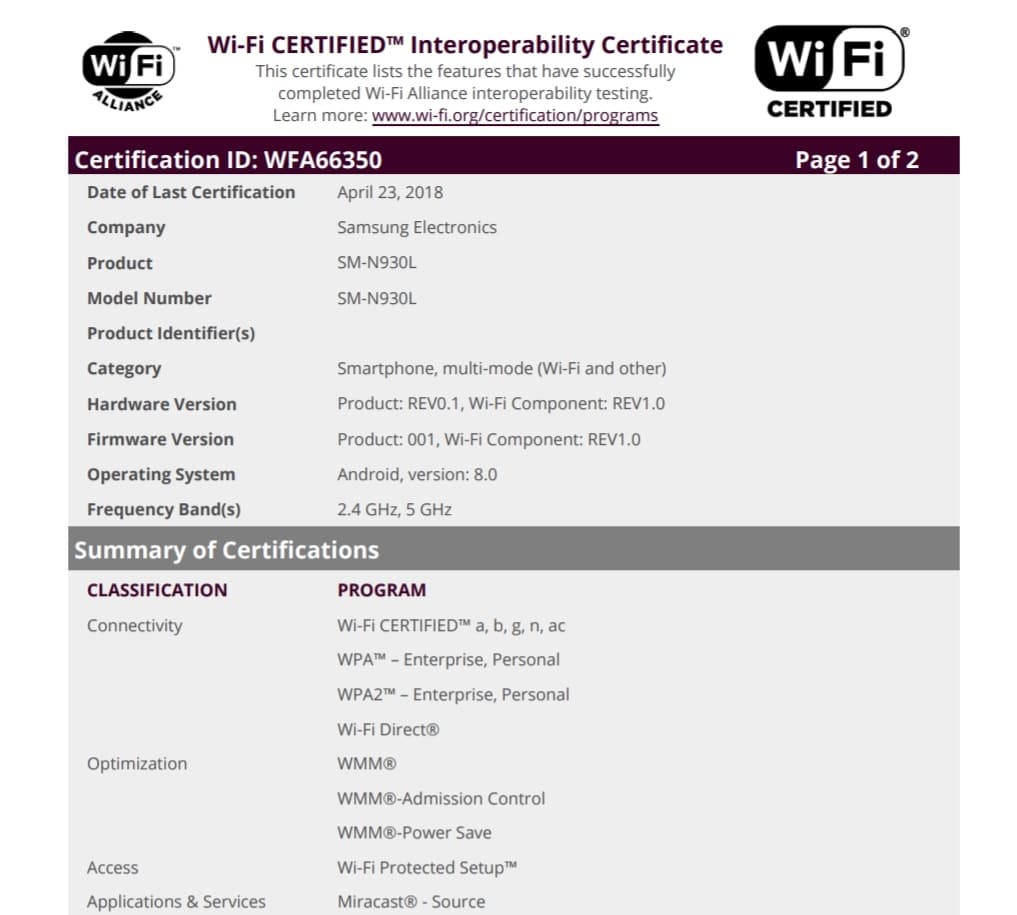 Though the above certification is just for the N930 variant but, both the N930 & N935 variants have passed Wi-Fi certification with their Android 8.0 firmwares.

The Note 7 has faced pretty bad times with all it’s battery issues but, after Samsung shrunked down the battery capacities a bit & re-launched the refurbished Note 7’s as Note FE’s, no issues have occurred.

However, Samsung dropped the official support for Galaxy S6 series this year so, expect the Oreo update to be the last major update to the Samsung Galaxy S7, S7 Edge & Note 7.

How to Recover Deleted Music Files?

How to Pre-Cache Google Maps on Android